With the holiday season upon us, many find themselves caught up in a whirlwind of celebrations. In the United States and many other western countries, this time of year brings about Thanksgiving, Christmas and the New Year.

However, some individuals within multicultural families may put their own spin on certain holidays. One Canton High School student describes their holiday experiences as such:

“For Thanksgiving, our whole family meets at a certain house and we have a 'Mediterranean' feast consisting of the usual items like turkey and mashed potatoes but also having hummus or tabbouleh on the table. For New Year's, it's pretty simple as you could imagine, we have food, listen to music and watch the ball drop. Christmas is a little odd for us as my dad is Catholic and my mom is Muslim, so we celebrate Christmas on our dad's side of the family and more or less celebrate the 'spirit' of it.”

There are also other holidays within this season that different cultures may celebrate. 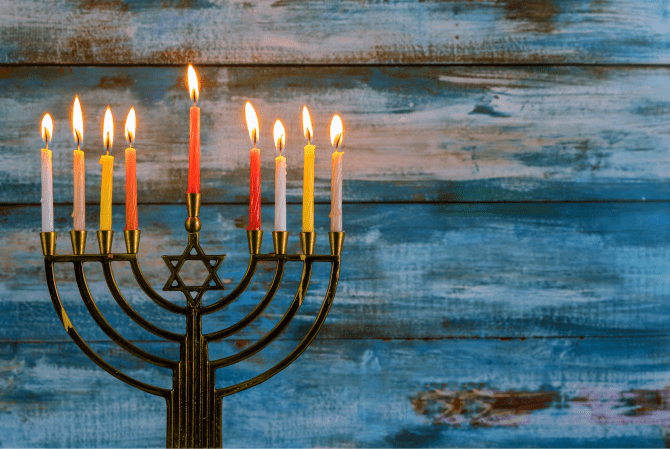 based on a date in the Hebrew Calendar, which means the date is not constant when translated to our calendar. This year, Hanukkah falls from December 18-26, 2022.

This holiday, also called the “festival of lights,” celebrates the reclamation of a Jewish temple after a victory against the Greeks. During the battle, the candelabrum in the temple is said to have burned for eight days with the oil for one. Thus, Jewish people light a candle on the menorah for each of those days.

Speaking of lights, Hindu people celebrate a holiday called Divali. Divali’s dates are also determined on a different calendar to our Gregorian one; the main celebration occurs on the darkest day (New Moon) of the Indian month Kartik, with the other four days evenly surrounding the main day—two before and two after. Divali is called the “Festival of Lights” because of the amount of diyas, or oil lamps, that are lit.

In Indian mythology, lamps were lit to help guide the rightful prince of Ayodhya back home from a long, wrongful exile in the woods. Today, it is often celebrated with sparklers and other fireworks.

Buddhist people may celebrate Bodhi Day, which is the day Siddharta Gautama achieved enlightenment underneath his tree to become the Buddha. It is most commonly based on the Chinese lunar calendar, but Japanese Bodhi Day is fixed on December 8.

Buddhists may meditate, study Buddhist texts, and eat traditional foods on this day. They may also choose to plant a Bodhi tree, also known as a Peepal tree, a type of Banyan fig. They may decorate a tree with multi-colored lights and beads to symbolize the many paths to Nirvana. 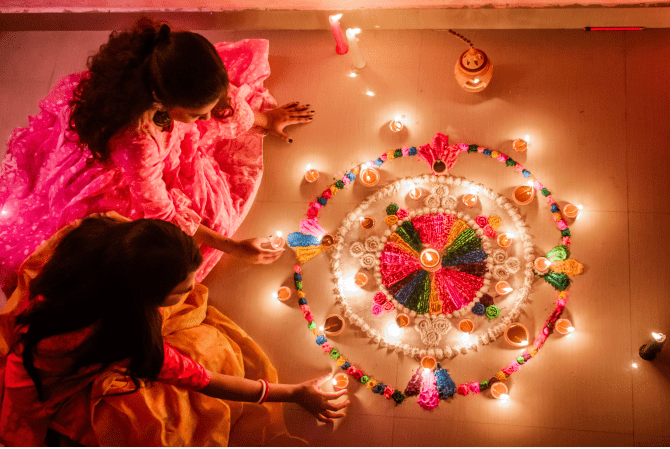 People may decorate with straw mats, ears of corn, and a kinara, a type of candelabra with red, green and black candles. The red is for unity, black for the people and green for Africa. Gifts are usually exchanged on the last day, and there is a feast on December 31 with traditional music and dancing.

For instance, Mayan people hold a festival honoring the sun god. It is celebrated with colorful parades and a flying pole dance, especially in Peru. Kalasha people celebrate for seven days, with ritual purifying baths, singing, dancing, bonfires and feasts. Scandinavians burn a Yule log, and have their own version of a Festival of Lights where girls dress up in white gowns with red sashes and wreaths of candles on their heads. Fires are lit at night to ward off spirits.

Within our community, there are so many diverse, beautiful cultures, and the holiday season is the perfect time to learn more about them. There is no one way to celebrate the holiday season. Every family who celebrates does so in their own unique way, with personal and cultural traditions that truly make this time of year special.