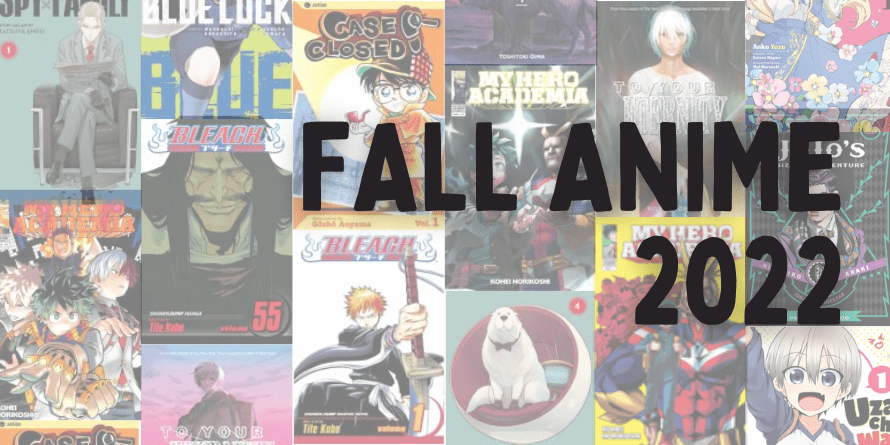 Seasonal anime air in three-month time frames: winter, from January to March; spring, from April to June; summer, from July to September; and fall, from October to December.

Many shows airing in the same season will start the same week and run for 12 weeks, leaving a one week break between seasons. Seasonal anime tend to have 12-, 13-, 24- or 26-episode seasons.

Let us know what other new manga you would like us to have available at the library by suggesting a purchase.

This fall, we're highlighting the manga available at CPL, or volumes that can be requested from other libraries, that correspond with this season's airing anime.