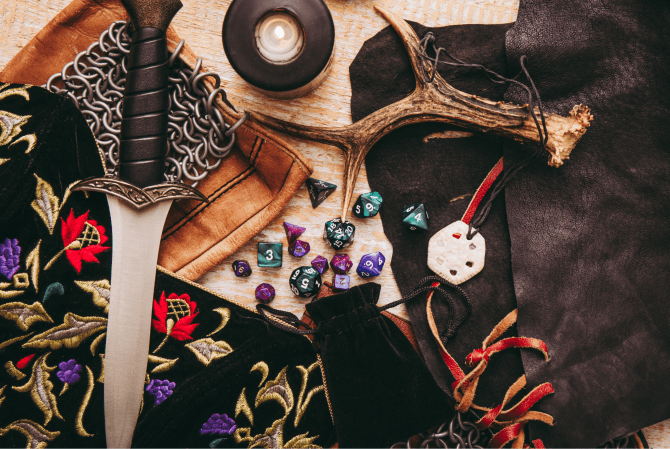 So, you want to play “The World’s Greatest Roleplaying Game,” Dungeons and Dragons? Well, we have some good news and some great news. The good news is that it’s easier than ever to start playing D&D, and the great news is that you can play it in whatever way works best for you and your friends.

The best way to jump in is to arm yourself with knowledge about what you’ll need and the type of D&D game you and your friends are interested in playing. So come with us, adventurer! We’re about to go on a journey that will help you spin some epic adventures.

Ultimately, D&D, and really any form of roleplaying game, is a way to share fun, engaging stories that a group of people tell together. So, the first thing you need to figure out is what types of stories you and your friends are interested in telling. Dungeons and Dragons is a fantasy roleplaying game, so it works best if you have an interest in those types of stories.

Fantasy comes in many flavors though. Do you want tell the story of a group of friends out on an epic quest to save your world from evil wizards and monsters? Perfect! That’s pure fantasy. You could also tell a fantasy story set in a world of gothic vampires and horror movie monsters or a school for magic users. The latest D&D sourcebook even lets you bring your fantasy stories into outer space.

Your D&D setting can really go wherever you and your friend’s imagination takes you. That means you’ll want to know what types of fantasy tales they like, and which ones they don’t think are any fun.

You’ll also want to know what types of roles they’ll want to undertake. For most of your friend group, that means deciding what types of characters they want to play. Their characters are the protagonists of the story. The choices they make and the dice they roll will help shape the story that is being told. The collective story from start to finish is known as a “campaign.”

There’s one person in your friend group though, it could even be you, who will have a bigger part to play. It usually involves the most work, but it’s incredibly rewarding. That’s because this person, with feedback from the others, creates and/or describes the world your D&D campaign is set in. They set the scene, but they also play the role of the story's villains and the other supporting characters and antagonists the players will run into or afoul of. They also know the rules of the game, and ultimately help ensure the experience of playing Dungeons and Dragons is fair and satisfying for everybody. This person is known as the “Dungeon Master” or “DM”. 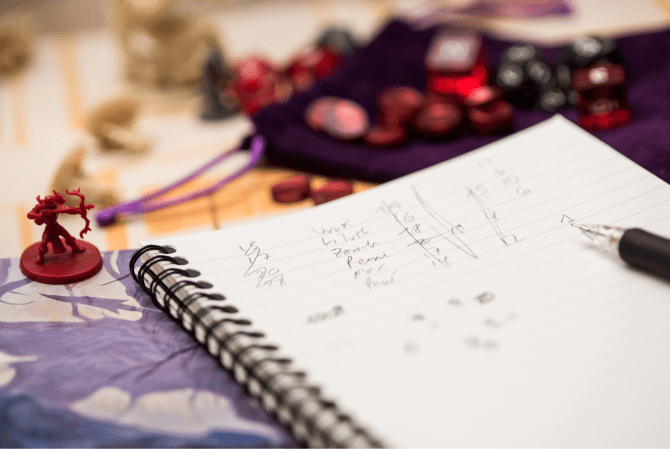 The DM of your group should probably be the person who’s a natural storyteller or actor. This is a person who doesn’t mind telling tales, coming up with crazy and interesting voices, and is very comfortable playing the old improv game of “Yes and...”. There’s a good chance that players are going to take the DM’s story in a multitude of unexpected directions, and a great DM can follow along effortlessly.

Your DM doesn’t necessarily have to create everything in your campaign. They can if they want to, but if they’re more comfortable describing established settings, D&D offers plenty of premade setting sourcebooks, adventures and even whole campaigns.

DMs should talk with players about what types of characters they might be interested in and what kinds of stories they find fun and intriguing. They should also discuss how long a campaign might be. This information will help a DM craft a campaign that’s fun and satisfying for everyone.

The next thing to decide is how you and your friends are going to play Dungeons and Dragons. Are you going to gather around a table in person and roll some dice? Or will you meet virtually through digital tabletops like Roll20, D&D Beyond, or even a Discord server? Face-to-face is often the most satisfying, but playing virtually can be fun and help you connect with friends who live far away.

If you’re going to play completely online, you’ll want to look into virtual D&D resources. The most reputable and comprehensive is Roll20, essentially a virtual online tabletop. It allows you to create and keep characters and your DM to store their adventures, maps and encounters. You can also purchase digital copies of D&D books, play out combat and encounters with tokens on interactive maps, and roll dice virtually.

D&D Beyond, the official Dungeons & Dragons online resource, is also a handy tool for groups looking to play the game in a digital space. It does not yet have the virtual tabletop capabilities of Roll20, but it is a very easy way to access rules and content. 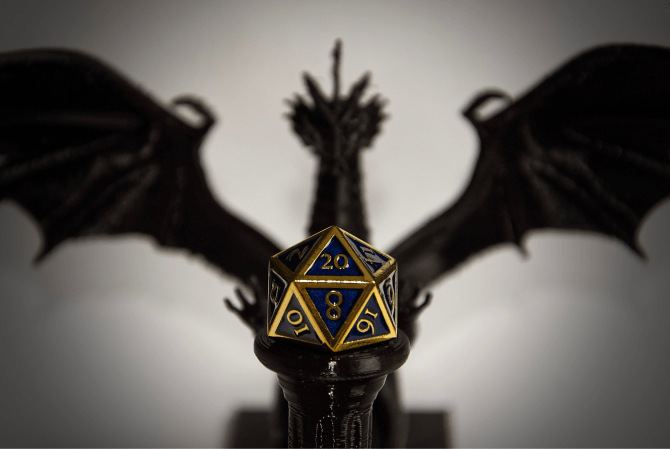 A Discord server might also be a useful tool for D&D groups that play online and digitally. It’s a chat and discussion server you can build for your group for free with the Discord app. It’s a nice way to stay in contact and exchange information in between sessions.

We’ve covered some of the basics like play style and group roles, so let’s get down to the nitty gritty, and answer the big questions of “What rule books do you need to buy?" and "Who needs to be familiar with them?”. The core rules of Dungeons & Dragons are spread out across three tomes; The Player’s Handbook, The Dungeon Master’s Guide, and The Monster Manual.

The Player’s Handbook is the most essential D&D rule book, because it contains all the rules players and dungeon masters need to know. It tells you how to create a character, the rules on how the game is played, and offers a full description on how magic spells work and their effects.

The Dungeon Master’s Guide is just that: tips, tricks and rules for the person in the group who’s building the story the players interact with. It contains tips for building your own magical worlds and adventures. The guide also has rules and descriptions for a plethora of fun, and in some cases, very powerful magic items. The other handy feature is that it contains a bunch of optional rules for DMs looking to customize their games and give them a certain kind of feel.

The Monster Manual is a source book that contains a list of monsters A-Z for DM’s to pit against their characters. It’s a fun book that holds statistics and abilities for all these monsters, but entries also tell you where the monsters can be found and what types of activities they might be up to.

Those are the three core books that you need to own physically or digitally to be able to play Dungeons & Dragons. They’re available for purchase separately, or if you’re purchasing physical copies, you can get a Core Rules Gift Set that contains all three books and a very handy Game Master’s Screen. DM’s can use this screen to hide their notes and die rolls from players. The screen also has several useful rules tables on the back, reducing the need to search books for particular rules.