In the Disney movie Up, there is an adorable dog character named Dug who is able to vocalize his thoughts thanks to a piece of technology in his collar. He is often mid-sentence when he jerks his head in another direction, exclaiming, "squirrel!" when he sees one. The person he is talking to is left to wonder what the rest of the sentence might have been if he wasn't distracted. For some reason, Dug and his squirrel-distracted moments have become associated with ADHD.

Attention deficit hyperactivity disorder (ADHD), also called attention deficit disorder (ADD), is a common neurodevelopmental disorder most frequently diagnosed in children. ADHD was first documented in 1798 by Scottish doctor Sir Alexander Crichton, but was not mentioned again until 1902 when British pediatrician Sir George Frederic Still described, opens a new window “an abnormal defect of moral control in children.” He found that some affected children could not control their behavior in the way a typical child would, but pointed out that children with ADHD were still intelligent. Over a hundred years later, we are still using the same definition from the 1700s, though a new name would probably serve those who do have ADHD, as hyperactivity is not always an indicator nor a symptom.

According to the National Institute of Mental Health (NIH), people with ADHD experience an ongoing pattern of the following types of symptoms: 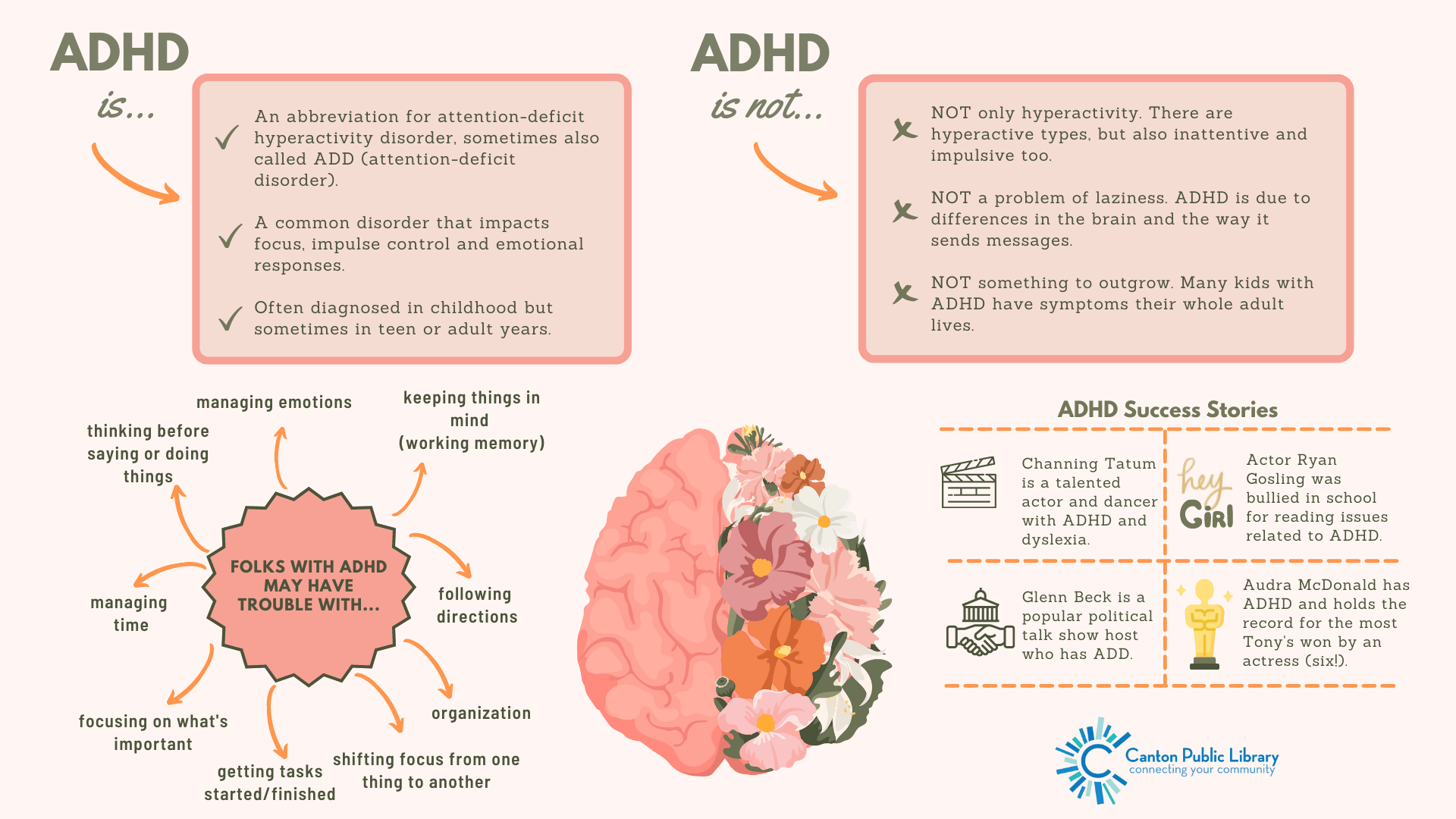 If you’re unsure about whether you, someone you love or your child has ADHD, it’s best to consult with a psychologist or primary care physician experienced in assessing ADHD.

Would you like to learn more about the experience of living with ADHD or with someone who has it? Check out the resources below. For more information on ADHD, visit the ADHD Awareness Month website.