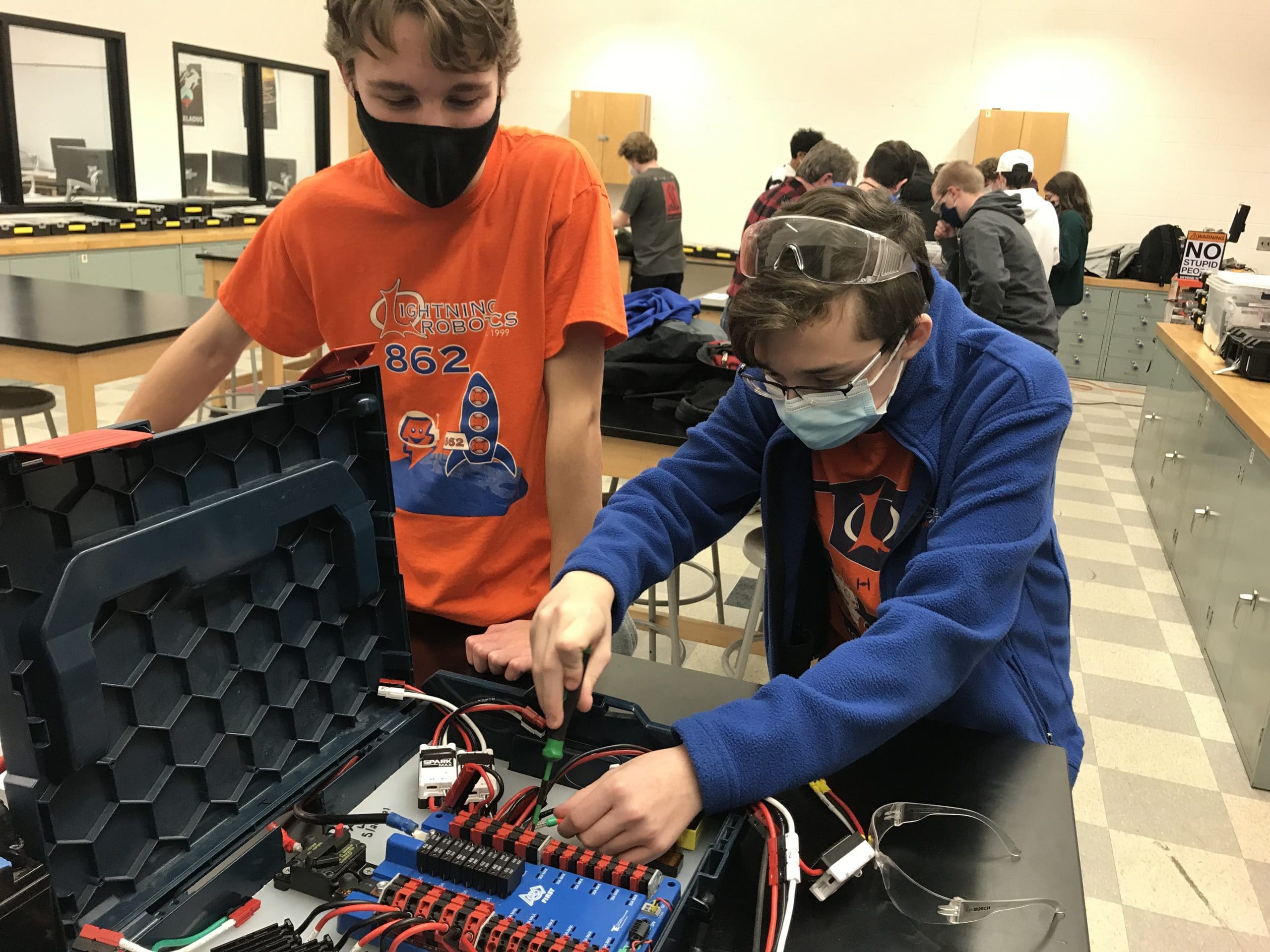 National Robotics Week is celebrated April 2-10, 2022 with the intention of inspiring students' interest in STEM and robotics. We spoke to Jay Obsniuk, the staff advisor for Plymouth-Canton Community School District's Lightning Robotics team, to learn more about the team's structure and achievements.

The P-CCS Lightning Robotics team has been active since 1999 when they joined the For Inspiration and Recognition of Science and Technology (FIRST) Robotics Competition. Obsniuk shared that the team strives to “provide opportunities for students to develop STEM and business skills, as well as to instill the Lightning Robotics values of Student leadership, Teamwork, Resilience, Inspiration, Knowledge, and Engagement (STRIKE).”

Due to the number of students interested in participating, the Lightning Robotics team divides individuals into separate but interdependent groups. “We take a unique approach to manage our large size while optimizing productivity," Obsniuk explained. "This season, we redesigned our team structure and created new leadership positions to ensure effective communication and to accommodate team growth. Our biggest change was the division of our team into two operations: Engineering Operations and Business Operations.” 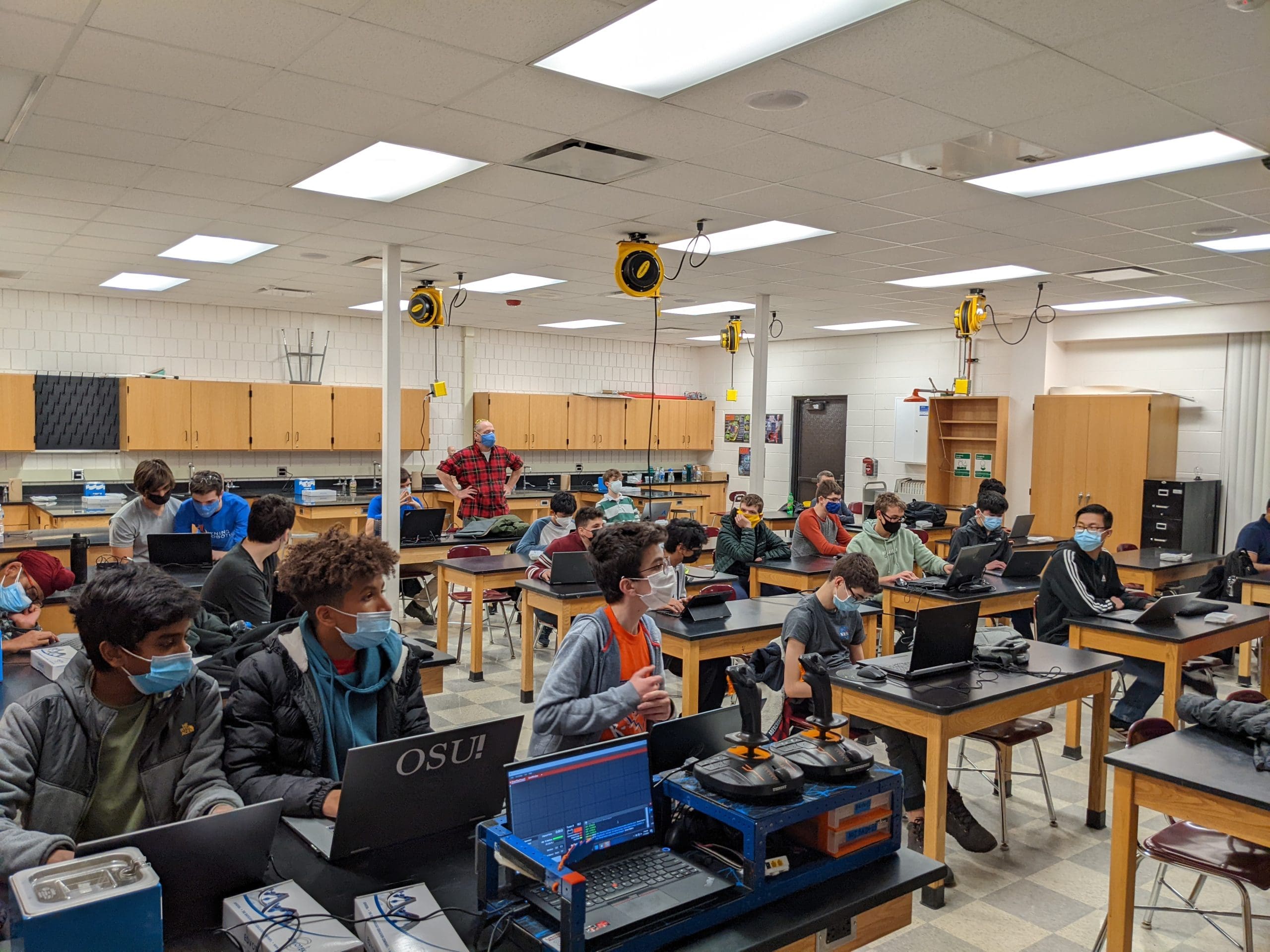 The team's student board includes the elected president, vice presidents, treasurer, and secretary. To further the core skills of STRIKE, student leads are chosen to work with the group's mentor lead. "Each student lead is chosen through an interview process after the conclusion of competition season," Obsniuk said. "The students selected will assume their offices after the annual end-of-the-year team banquet.”

The Lighting Robotics team boasts a long list of achievements. In 2017, they won the St. Louis World Championship, as well as the FIRST® Class 2017 Festival of Champions, alongside Team 2767 Stryke Force, Team 254 The Cheesy Poofs, and Team 1676 The Pascack Pi-oneers. They have also won a district-level Excellence in Engineering Award, district and state-level Entrepreneurship Awards in 2018, as well as a district-level Chairman’s Award in 2015. The team was also the 2019 Michigan State Championship winner and placed 5th at the world championships, winning the Daly division. 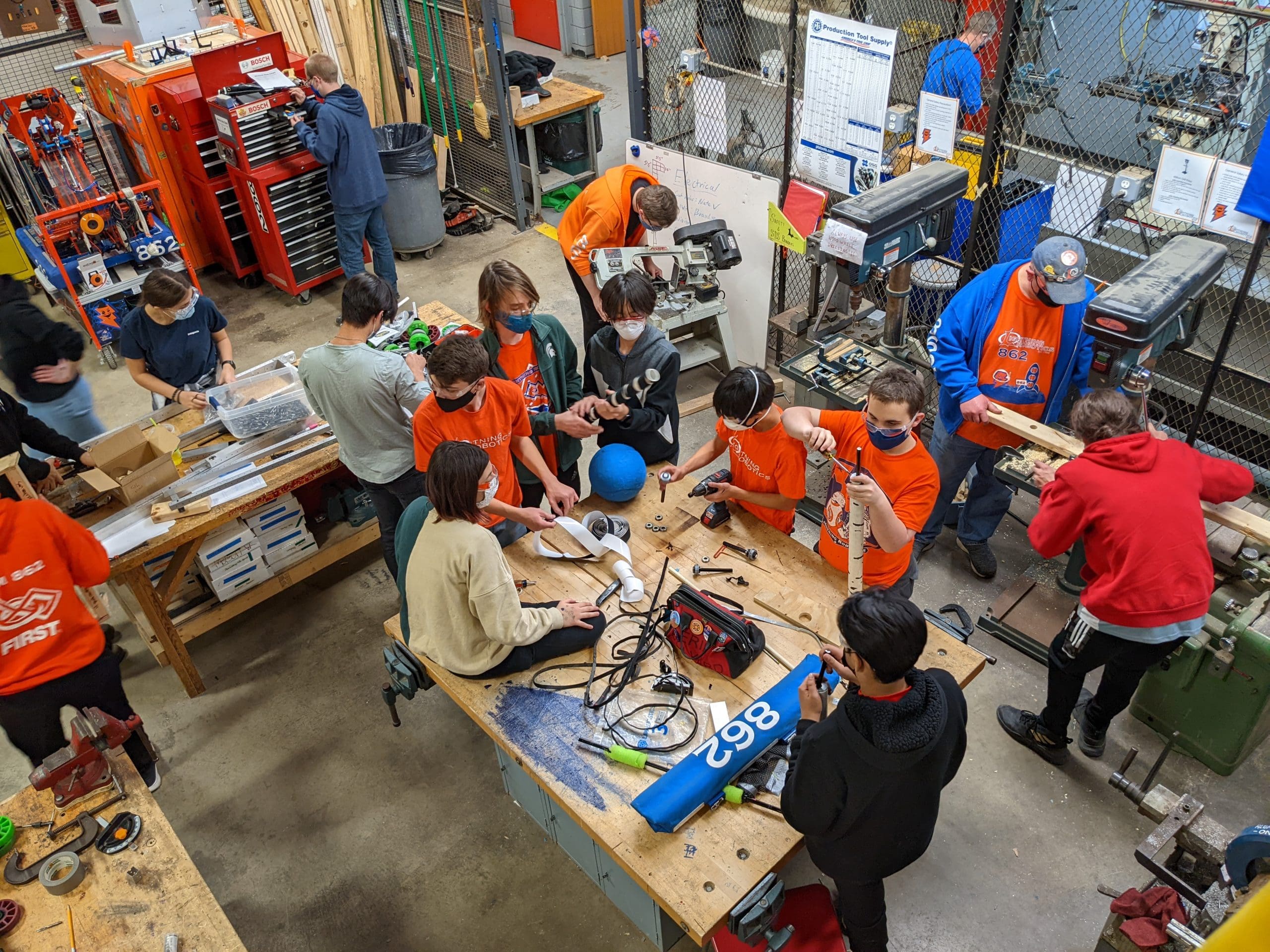 Ultimately, Obsniuk strives to teach students that they have the ability to make a difference in the world. The team hosts and participates in a variety of community service, outreach and fundraising events. Robots in the Park, a free, day-long event held in downtown Plymouth, has reached over 6,600 community members in its 4-year history. Since 2005, they have raised over $55,000 for cancer research at the American Cancer Society’s Relay for Life.

"We teach leadership skills and get involved with many as community service projects as we can," Obsniuk said. "Right now, our outreach group is collecting donations for the FIRST STEP shelters, and we are planning to host a diversity event to show that engineering and STEM are for everyone.”

The team has participated in and hosted over 40 different outreach and community service events, including the following notable activities.

The future of P-CCS Robotics is bright, and Obsniuk looks forward to getting back into live competition. Since March 2020, the team has only been competing virtually.