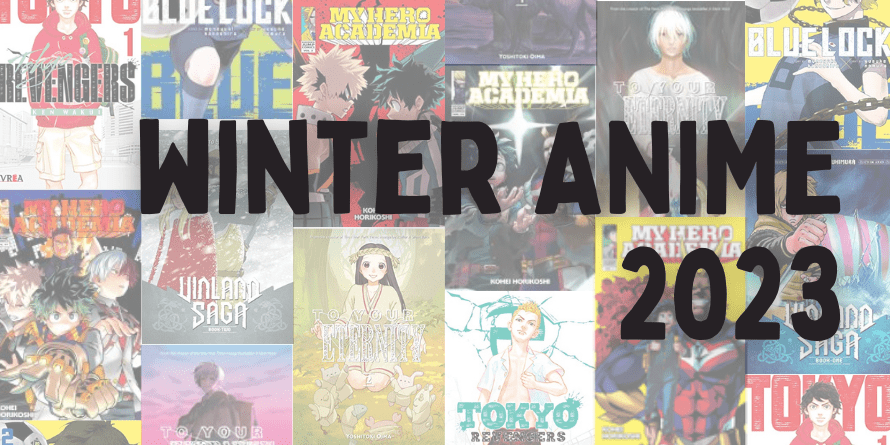 Seasonal anime air in three-month time frames: winter, from January to March; spring, from April to June; summer, from July to September; and fall, from October to December.

Many shows airing in the same season will start the same week and run for 12 weeks, leaving a one week break between seasons. Seasonal anime tend to have 12-, 13-, 24- or 26-episode seasons.

Let us know what other new manga you would like us to have available at the library by suggesting a purchase.

Check out these manga selections to get ahead of their anime counterparts that will air in winter 2023. MeL interloan will allow you to borrow physical copies of manga from other libraries. You can also check out digital copies of manga on Comics Plus. Both of these services require a Canton Public Library card to access.