Note: While we stole this title from Megan Thee Stallion, it’s Lizzo we quote throughout. Because, Lizzo.

Bodies. Everyone has one and everyone feels some type of way about it. The summer months can be especially hard for folks whose bodies don’t match the current body shape trend. We know social media is bad for body image and mental health, particularly for younger people, but summer really amps up our obsession with bodies. Influencers of all shapes and sizes and genders are posting tons of flirty beach and swimsuit pics. Many of these posts are tagged #bodypositivity and feature folks whose bodies reflect the white western beauty standard. 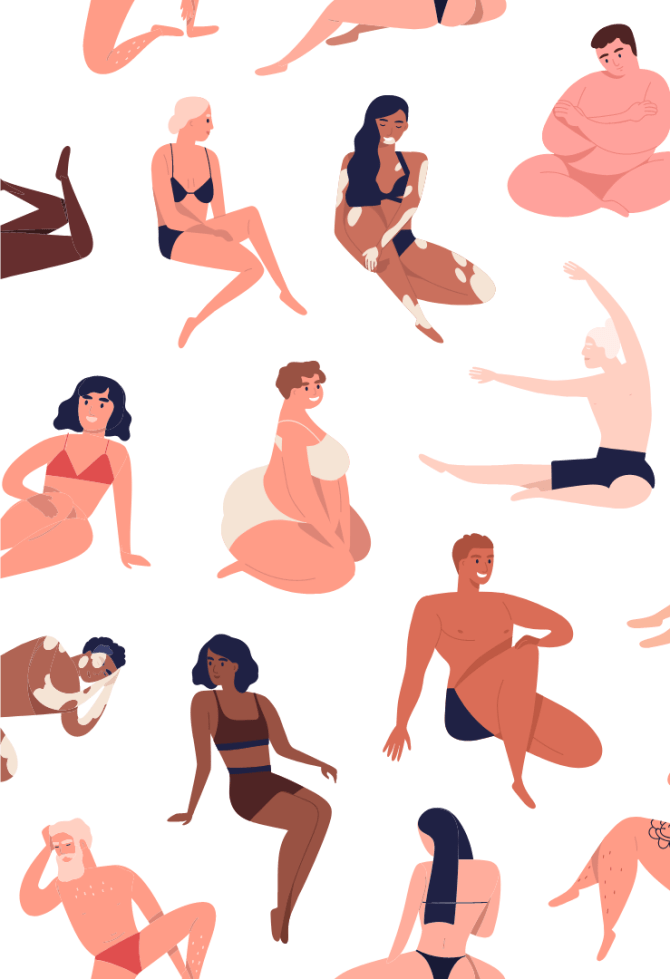 The body positivity movement grew out of the fat liberation movement of the 1960s that sought to end social and institutional discrimination against big bodies. Yet the movement we see today is a far cry from its radical grandmother. In a society with an economy and media (both corporate and social) driven by profit, #bodypositivity is used to sell products and services that prey upon (and perpetuate) body insecurities.

As a result, some have moved away from body positivity, adopting alternative approaches to body image, such as body neutrality or body liberation. Others advocate a mix-and-match approach that allows each person to identify what aspects work best for them and their relationship with their unique body.

So, how does someone exist without constantly worrying or feeling terrible about the way they look? We’ve compiled some resources below to help you understand the different ways of thinking about your body so you can identify which one, or ones, best help you exist in the world—just the way you are.

“I don't think that loving yourself is a choice. I think that it's a decision that has to be made for survival; it was in my case. Loving myself was the result of answering two things: Do you want to live? 'Cause this is who you're gonna be for the rest of your life. Or are you gonna just have a life of emptiness, self-hatred and self-loathing? And I chose to live, so I had to accept myself.” – Lizzo

The most mainstream yet variously defined of the approaches is now largely understood to mean feeling positive about your body all the time.

The body positivity movement that sought to empower bodies of all sizes and abilities while challenging institutional discrimination against bodies outside of the ideal has been co-opted and corporatized. Critics also note that body positivity in its current form still emphasizes the body and how it looks, which can be problematic for folks who have struggled with eating disorders.

Back in 2016, Jill Andrew and Aisha Fairclough, co-founders of Body Confidence Canada Awards, noted the conflicting and contradictory understanding of body positivity. 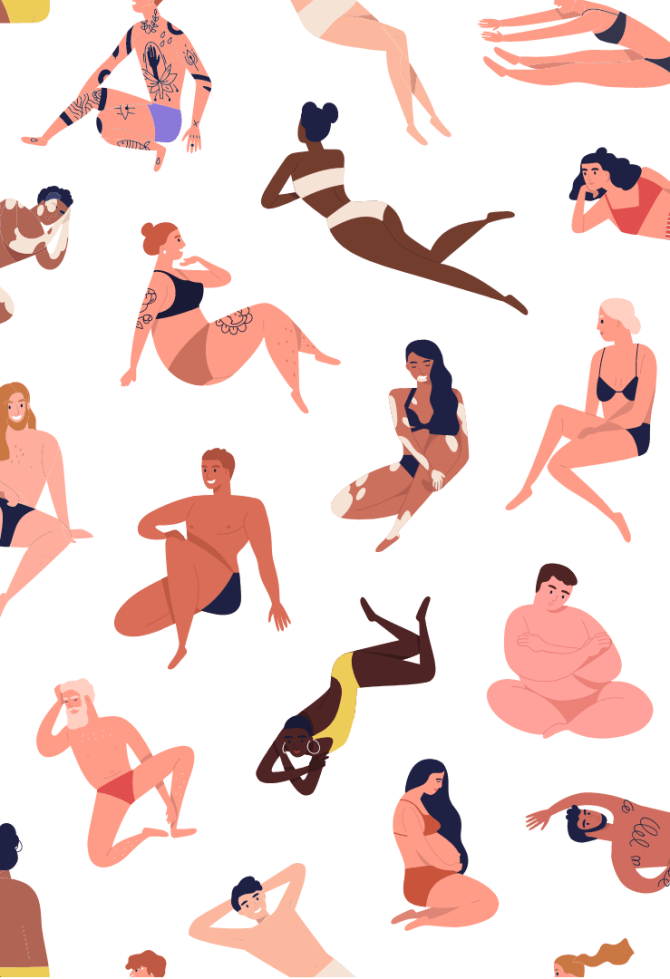 “The term 'body positivity' can be somewhat misguiding because it encourages a focus almost exclusively on celebration, acceptance, and frankly 'positivity’... The term 'body positivity' also sometimes excludes certain bodies… racialized fats, disabled, gender non-conforming, trans fats, and others that don't have the appropriately placed fat rolls (aka other than hourglass shaped).” – Jill Andrew and Aisha Fairclough

“Body neutrality is exactly what it sounds like: generally feeling neutral about your body most days," says Casey Bonano, R.D. Body neutrality is often defined in contrast to body positivity. In a 2019 essay for British Vogue, actor Jameela Jamil famously wrote “...I don’t think about my body at all: I spend minimal time in front of the mirror; I don’t weigh myself; and I catch every thought I’m having about my body and instantly drop-kick it right out of my brain. I have more important things to do.” This is the approach that works for Jameela. But body neutrality doesn’t have to mean never thinking about your body—it’s reframing how you think about it. Instead of thinking about how your body looks, think about what your body does for you. While many activists, influencers, and celebrities have recently been talking about body neutrality, some people remain skeptical.

“Body neutrality is about achieving a neutral relationship with our bodies. It’s an approach of accepting by not acknowledging or forming opinions. It implies there is no good or bad, and we shouldn’t feel good and bad about our bodies. Body neutrality aims for the same acceptance that lies at the heart of body positivity but that is, frankly, papered over by marketing. It’s one way of reclaiming that core idea.” – Jessamyn Stanley

It may be helpful to think of body acceptance as the umbrella term under which there are different ways to achieve acceptance of our own bodies and of others’ bodies—body positivity, body neutrality, and body liberation are a few of these.

“Even when body positivity is over, it’s not like I’m going to be a thin white woman. I’m going to be black and fat. That’s just hopping on a trend and expecting people to blindly love themselves. That’s fake love. I’m trying to figure out how to actually live it.” – Lizzo 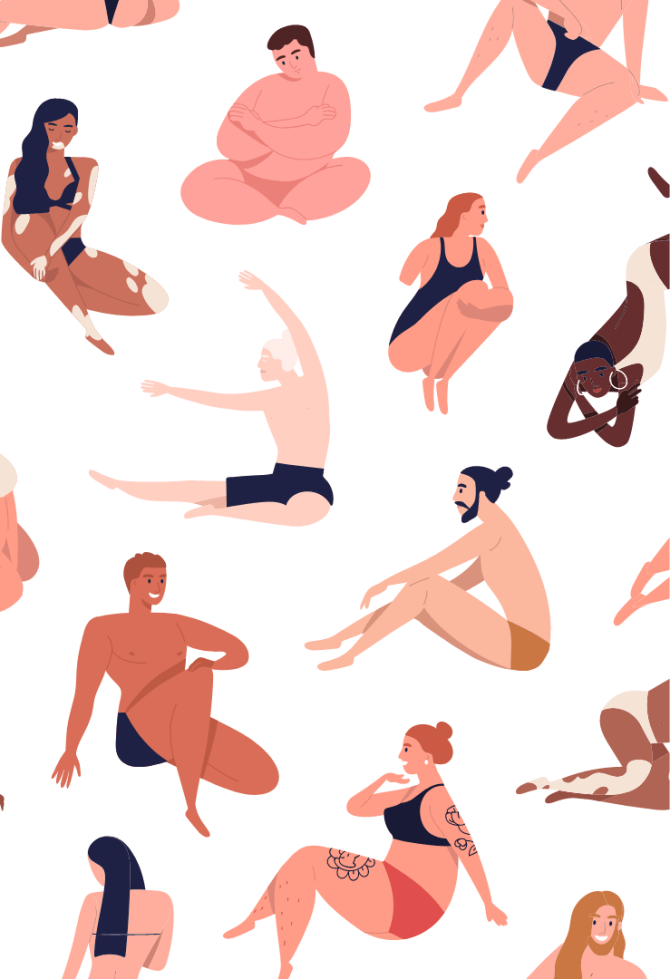 It’s important to note that body neutrality’s focus on the individual lacks the social justice focus the body positivity movement used to have. Living without considering your appearance is a form of privilege that people of color, fat people, trans folks, and disabled people do not have. Tigress Osborn, chair of the National Association to Advance Fat Acceptance (NAAFA) observes “[w]hen you live in a marginalized body, it's like the literal embodiment of the idea that the personal is political” and body neutrality “has the effect of silencing people in marginalized bodies from talking about what their bodies mean, in a political way."

Body liberation is the approach most closely aligned with the more radical, outward-focused body acceptance movement of the 1960s. The University of Vermont’s Center for Health and Wellbeing defines body liberation as “freedom from social and political systems of oppression that designate certain bodies as more worthy, healthy, and desirable than others.” This is a social justice-oriented approach that seeks to make individuals and institutions accepting and respectful of all sizes.

Body liberation is intersectional, because body size is inseparable from all other intersections of identity. Body liberation recognizes the ways in which different sizes and shapes of bodies are discriminated against in medicine, employment, media, etc. and seeks to end this oppression. UCLA’s RISE Center, a holistic wellness hub, has a virtual body liberation series for those who want to learn more about the intersections between body size/shape and experiences of discrimination.

“I'm tired of the bullsh*t... It's so hard trying to love yourself in a world that doesn't love you back. So I want to take the opportunity right now to just feel good as hell, because you deserve to feel good as hell!" – Lizzo

You deserve to feel good as hell.

Books to help you find your way to body acceptance and body liberation.