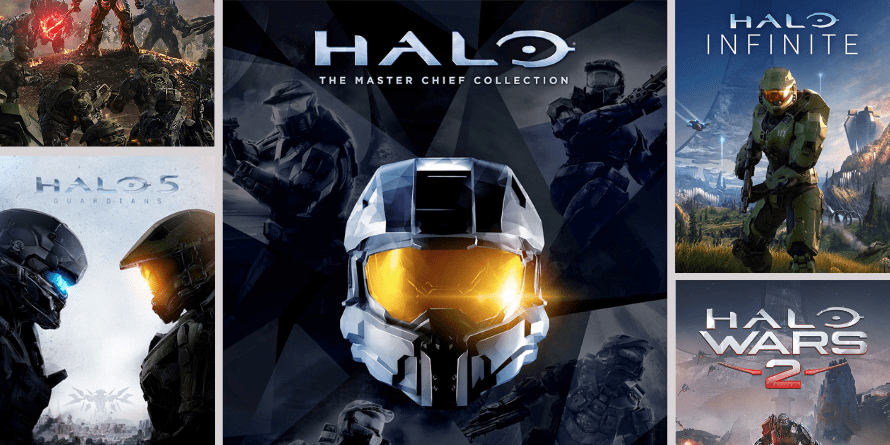 Halo: Combat Evolved launched on November 15, 2001 as a launch title for the original Xbox console. Gamers, critics, and even Microsoft weren’t quite sure what to make of it at first, in part due to a tumultuous development process which started with a real-time strategy game, moved through a third-person shooter phase (think Gears of War) until ultimately becoming one of the most definitive first-person shooter (FPS) games ever published.

Prior to launch, there was some excitement as the developer, Bungie, had made a critically acclaimed (but lesser known) series of games in the same genre called Marathon, exclusively for the MacOS. Longtime fans of that series felt estranged by the move to a Microsoft platform, and newcomers knew little of games outside of what their Mac-owning friends might have mentioned.

A disastrous demo at E3 in 2001 further dampened expectations. When the game was released alongside the Xbox console (but not bundled with it), sales were initially slow, but gradually picked up as gamers and critics discovered that it was something unique and original in a genre that had long felt stagnant.

This is not to criticize Unreal Tournament (1999, Epic Games) which was an excellent execution of core FPS concepts and game mechanics previously popularized by Bethesda Interactive’s Doom and Quake series. This short list of well-known competitors will give you an idea of just how prestigious Halo became, as it is undeniable that Bungie took things in a whole new direction while maintaining the core gameplay that appealed to FPS fans.

One of the major shifts away from traditional FPS games was how Bungie managed to tell a complex, compelling and interesting story in Halo. While the main protagonist of the series—Master Chief, also known as John 117—is known to be fairly stoic, sparing with words, and subtle with his emotional expression he nevertheless manages to convey humor, loss, a deep sense of commitment and even love.

Players who follow the mission prompts will discover a surprisingly layered story full of shocking revelations, desperate struggles, heroism, sacrifice, unlikely alliances and betrayals.  Those who dig deeper, exploring each map carefully, will find other, supplemental stories that explain both the present-day situation and the ancient history of the setting, which has its own pantheon of heroes and villains, some of whom emerge from antiquity in the later sequels with their own agendas that do not always align with those of the player.

To call this a departure from earlier FPS games is an understatement to say the least, and its influence has been felt ever since, with other studios seeking to emulate the successful strategy of weaving a compelling story out of the elements in a shooting game. Epic Games’ Gears of War (2006) clearly learned the right lessons and applied them masterfully. More recently, Bethesda Softworks’ 2016 soft reboot of Doom similarly brought the story of the Doomslayer and his titanic struggle against evil to the forefront, so that the player understands why they are doing unspeakably gory things to the demons, rather than simply doing them for the fun of it, which certainly adds to the enjoyment of the game.

Halo’s original trilogy as well as Halo: ODST (a side story featuring elite UNSC Marines who are not Spartans) and Halo: Reach (a prequel game where a team of other cyborgs fought an ultimately doomed battle against the central antagonists of the series as they assaulted a human colony world, events which immediately precede the first game) were all developed by Bungie and published by Microsoft Game Studios (these games can all be found together, along with Halo 4, in The Master Chief Collection).

While the original Halo: Combat Evolved had a bit of a slow start, by the time Halo 2 was published, gamers were already hooked and ready for more, and each subsequent game became increasingly popular, with Halo 3 driving much of the success of the Xbox 360 console. The early games have been rereleased in remastered in higher definition versions for the Xbox One as well as Windows PCs, so it’s fair to say that Halo has had an impact on gaming in general beyond influencing the FPS genre. With a web-based miniseries, a television show, and numerous books expanding on the details of the original game plots and exploring more of the setting, it has clearly impacted the broader culture as well.

As far as the influence Halo has had on FPS gaming specifically, the detailed list would likely be very long, so we’ll look at the big picture.

Older FPS games, such as Doom, made the player reliant on finding “health packs” to stay alive. Levels would be littered with these, but they were a finite resource that many found unreliable, unwieldy and ultimately not much fun. Halo avoided this by depicting the Spartans’ biomechanical armored suits to have a built-in force field that could absorb a limited amount of damage before needing to recharge, allowing players to take more risks without permanent consequences.

While some have decried the spread of games where the protagonist seems to be able to regenerate, or otherwise shrug off mortal wounds, the fact of the matter is it has allowed game developers to include more intricate and challenging fights, longer levels, and more interesting gameplay. The Gears of War series, for example, has players enter a “down, but not out” status after taking too much damage, during which co-op players or even friendly NPCs can rescue them for a certain amount of time, allowing play to continue. This also allows a crafty enemy player to set up a trap for the teammates of the unfortunate target.

This new development stemmed from the series' original developers, Epic Games, wanting to use a similar mechanic to Halo’s shield system without it being a direct clone, resulting in a whole new direction and emergent player behaviors. Gamers may point out that the Gears of War games are technically “third person shooters,” but the overlap in game mechanics is substantial. Another example is the triumphant return of Doom in 2016, where the player could easily restore health by defeating enemies in especially impressive (and gruesome) ways.

Doom (2016) and its sequel, Doom Eternal, also built upon a few of the movement and traversal ideas introduced in Halo, making for much more dynamic and entertaining level design than in the original Doom games. As the Halo series progressed, the developers added numerous fun ways for the player to move around each level, such as limited-duration jet packs, that many other games have since emulated.

Vehicles, both for rapid transit and heavy weaponry, had existed in other games before Halo made them a staple of the genre, but Bungie made Halo's truly iconic, fun and intuitive to use, and a seamless part of the gameplay experience. Simply mentioning the “Warthog” sequences from the Halo games will bring back fond memories for anyone familiar with them. The seamless integration and ease of use have been mimicked widely, but especially in the “realistic” warfare simulation subgenre where historically inspired large scale battles are often simulated.

Halo’s innovations weren’t limited to the single player/co-op campaign aspect of the game either, in a very real sense it redefined competitive multiplayer, generally considered a necessary element for FPS games or indeed the main purpose for playing them. While it always includes basic staple game types like "Free-for-All," "Team Deathmatch," and "Capture the Flag," it brought a new and distinctive feeling, introducing interesting new asymmetric battles and objective oriented matches.

In "Oddball," there is a single glowing skull-orb that, when picked up, replaces all other weapons the player might have had, reducing their offensive options to a short-range punch with devastating power. Points can only be scored by whoever holds the ball, though other players may attack the holder to claim it for themselves.

In "Zombies," the teams are split between humans and zombies, with scoring similar to "Team Deathmatch" but with a twist: Humans slain by zombies respawn as zombies, raising the stakes for the human players while shrinking the pool of scoring opportunities for the ever-growing zombie horde.

A popular web series based on Halo, Red vs. Blue, mentioned a wholly imaginary game called “Griffball” as a throwaway joke, but Bungie went ahead and made a very entertaining game mode using that name, similar to rugby but with weapons, and the ball explodes when a goal is scored. This addition to the game reinforced the idea that Bungie cared about their fans enough to pay attention to and honor their fandom, something any game company should emulate if they want long-term customer retention.

While the stranger and more unique Halo game modes remain Bungie's sole domain, the speedy matches and diverse game modes to keep things interesting is now another staple for FPS games that choose to include competitive multiplayer options.

Bungie had begun development of Halo: Reach with a decision already made that the game would be the end to their immensely successful IP, publicly announcing that it was the final game they would produce in that franchise, and many would agree that this was a good place for them to end the series.

Microsoft purchased the rights and began developing further sequels with an in-house studio known as 343 (named for one of the supporting characters from the first three games), though they have received a more mixed reception with many fans feeling that the quality of both gameplay and storytelling was less polished than the Bungie titles, especially with the most recent release, Halo: Infinite. The transition to an open world game felt like an odd choice, leading many to believe that it was made due to the increasing popularity of the open world genre. However, many fans felt the developers lacked in carefully translating the concepts and mechanics that made Halo so compelling to this new style of game.

Regardless of how the present game pans out over the now all-too-common post-release development cycle (Cyberpunk 2077 has largely redeemed itself years after launch, and No Man’s Sky is a completely different game than it was at launch, so perhaps Halo: Infinite will also eventually hit its stride), and whatever the future may hold for the franchise, the legacy of Halo is ingrained into all of modern gaming. Inclusion of thoughtful plots and character development alongside action and adventure is a wonderful experience for seasoned gamers and newcomers alike.