Have you ever wondered about the authors and illustrators behind your favorite kids books? What did they do before becoming famous? How many jobs might they have had? What is something weird that not many people know? We've collected some interesting facts about popular authors for you, along with links to their noteworthy books. 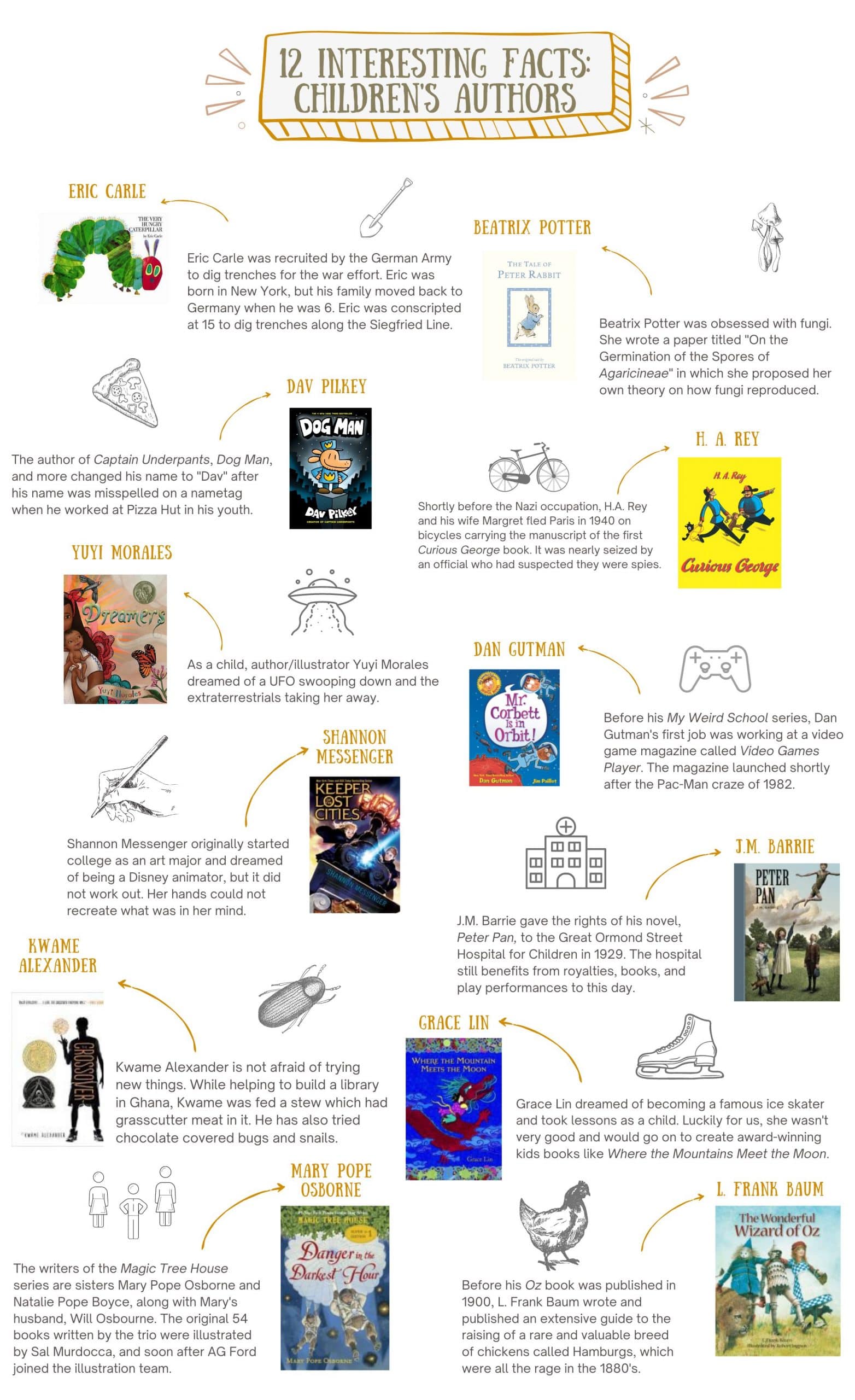