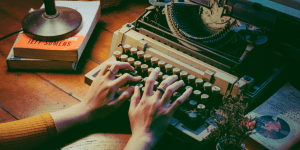 Short stories are wonderful in ways that novels cannot be. Good short stories contain a complete plot with fully developed characters, palpable tension and a satisfying conclusion. Not only are they quick to pick up and read, short stories stay with us in a way that a favorite scene or chapter from a novel might. But, rather than a piece divorced from the whole, we can hold the entire story in our memory, sometimes for years.

Famous authors including Mark Twain, Ernest Hemmingway, and James Joyce have written many excellent short stories. Edgar Allen Poe’s short stories are his most famous and memorable works. Many people find the novels of authors like Chekhov, Dostoyevsky, and Tolstoy to be dense and difficult to get into, but their short stories are a fantastic way to get used to their styles before diving into a full novel, and are just as amazing in their own right.

Short stories can rile up strong opinions in ways no other writing can. Shirley Jackson gave us The Lottery in 1948, Annie Proulx published Brokeback Mountain in 1997, and let’s not forget the tumult caused by Kristen Roupenian’s Cat Person in 2017. Each of these works have been the subject of thousands of times their wordcount in opinion articles, literary criticism and academic study.

So, if you’re in the mood for some quality writing without a huge time commitment, or simply want to experience the unique thrills of a good short story, give some of these suggestions a try.

Short Stories – This collection of 47 stories covers Hughes’ entire writing career, from his days of writing for his high-school magazine to masterpieces like Laughing to Keep from Crying and The Ways of White Folks. Anyone interested in Hughes’ writing should definitely check this out.

Galatea – New York Times best-selling author Madeline Miller (Circe, 2018) has republished this bold reimagining of the Galatea and Pygmalion, first published over a decade ago, due to popular demand.

Self-portrait With Ghost – A collection of Jin’s excellent short stories, many written during the COVID-19 pandemic, explore themes dealing with the nature of reality and how it can seem to shift during these unprecedented times.

Anton Chekhov's Short Stories – Before becoming one of Russia’s greatest playwrights, Checkov wrote many excellent short stories which, like his other works, explored the conflict between peasants and the landed gentry in ways that nearly predicted the Communist Revolution in Russia decades before it happened.

The Best Short Stories of O. Henry – William Sidney Porter wrote over 300 short stories under the pen name O. Henry, including the classic The Gift of the Magi. His prolific works made him one of America’s best known and most influential authors. This is a collection of 38 of his very best writings.

Selected Short Stories of Franz Kafka – Many have heard of The Metamorphosis, but have you actually read it? It’s worth the experience, even if you aren’t typically a fan of the weird. Other entries, such as In the Penal Colony, highlight Kafka’s dark and brilliant insight. If you want a very short story with a bit more to it than Hemmingway’s six-word tragedy, check out a favorite: Before the Law.

The Doll – This collection of short stories, some no longer in print elsewhere, highlights Du Maurier’s skill with portraying the problems of human connection and romance. Fans of her novels, or anyone interested in stories about misguided characters trying to find love, self-identity, or simple connection to others with mixed results will enjoy these early works by the acclaimed author.

Short Cuts – Carver has been hailed as the most important short story writer of his generation, with moving portrayals of the types of working-class people he knew growing up and during his early writing career. These nine stories (and one poem) were the basis for the original film Short Cuts directed by Robert Altman, and were collected in this volume to highlight the often heartbreaking and impactful works that inspired the film.

Marple – Miss Marple, Agatha Christie’s beloved amateur sleuth, returns in a collection written by modern authors known for their gifted mystery writing skills. Twelve new cases for fans of the originals, or an excellent place to start for new fans.

We Don't Live Here Anymore – Written by an award-winning author whose real-life story is every bit as interesting as his writing, this collection includes the novella of the same title and introduces the author’s writer-protagonist Hank Allison, who appears throughout Dubus’ other works. The stories touch on topics such as the fragile nature of youth as well as the darker struggles of adulthood.

Short – Short form prose has many names—flash fiction, prose poem, brief essay—but while we may not agree on how to categorize them, this collection of hundreds of pieces of short prose, written between the 1500s and the present day, include works from major authors from every time period.

The House on Mango Street – A world-renowned work of fiction, the story of Esperanza Cordero coming of age in Chicago is told in a series of vignettes including poems and short stories written from the character’s perspective. By turns both heartbreaking and joyful, few books have been so deeply felt by readers.

Night of the Living Rez – This debut story collection expresses in stunning detail what it means to be Penobscot in the 21st century and how people and communities carry on after tragedy. Insightful, humorous and compassionate in equal measure, Night of the Living Rez is a stunningly beautiful portrayal of an Indigenous community and amazing debut from a new author.