Quiet: The Power of Introverts in a World That Can't Stop Talking by Susan Cain - At least one-third of the people we know are introverts. They are the ones who prefer listening to speaking, reading to partying; who innovate and create but dislike self-promotion; who favor working on their own over brainstorming in teams. Although they are often labeled "quiet," it is to introverts that we owe many of the great contributions to society--from van Gogh's sunflowers to the invention of the personal computer. Quiet shows how dramatically we undervalue introverts, and how much we lose in doing so. This extraordinary book has the power to permanently change how we see introverts and, equally important, how introverts see themselves.

The secret rooms: a true story of a haunted castle, a plotting duchess and a secret family by Catherine Bailey ?? For fans of Downton Abbey , this New York Times bestseller is the enthralling true story of family secrets and aristocratic intrigue in the days before WWI. After the Ninth Duke of Rutland, one of the wealthiest men in Britain, died alone in a cramped room in the servants' quarters of Belvoir Castle on April 21, 1940, his son and heir ordered the room, which contained the Rutland family archives, sealed. Sixty years later, Catherine Bailey became the first historian given access. What she discovered was a mystery: The Duke had painstakingly erased three periods of his life from all family records;but why? As Bailey uncovers the answers, she also provides an intimate portrait of the very top of British society in the turbulent days leading up to World War I. 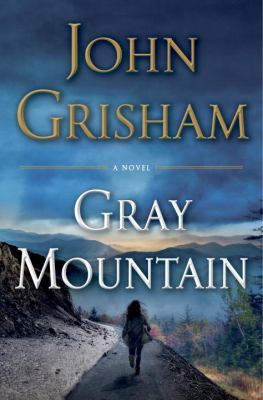 Have you tried our OverDrive eBooks and downloadable audiobooks ? (Click on the book jacket to read a sample). The library offers thousands of them and they are a great way to read your favorite authors and genres. Plus, they are conveniently available on our website, which never closes! For more information, see our emedia webpage, or talk to a librarian.

The Nonfiction Book Group meets the third Saturday of the month from 10:00-11:00 AM. No registration required.

The secret rooms: a true story of a haunted castle, a plotting duchess, and a family secret by Catherine Bailey - January 17, 2015

Factory man: how one furniture maker battled offshoring, stayed local ??and helped save an American town by Beth Macy - February 21, 2015

The Nonfiction Book Group meets the third Saturday of the month from 10:00-11:00 AM. No registration required.

Quiet: the power of introverts in a world that can't stop talking by Susan Cain - December 20, 2014

A new version of the OverDrive app for Android, iOS (iPhone/iPad/iPod touch), and Windows 8 is here!  This update features the following changes:
First-time users will now be prompted to create an OverDrive account. There is no change for existing users who already have an Adobe ID or OverDrive account associated with their OverDrive app, even after they update to the newest version.  For more information and help visit the OverDrive Help page.

Franchising is an alternative for would-be entrepreneurs who have little previous business experience but who want to dive into the world of business ownership.  However, is it the right choice for you?  Join us on Monday, October 6 from 7:00-8:30 PM as the business experts from SCORE talk about the details of financing including choosing the right one, location and financing.  No registration required.

The first, automatic borrowing, allows eBooks and eAudio titles to be automatically checked out when a book becomes available.  While placing a title on hold, click the 'Automatically borrow this title when it becomes available' option.  For more information, be sure to read the OverDrive article.

The second feature, suspending a hold, ensures the reader that they won't lose their place in the holds queue if they want to temporarily suspend a hold on a title.  This is helpful if the reader is in on a waiting list for a title and is currently reading another. The reader will continue to move up the wait list but the hold will not be filled for an amount of time specified by them.  More information on this can be found in the OverDrive blog.

Cat in the stacks mystery by Miranda James

No cooperation from the cat: a mystery by Marian Babson

Touching the wild: living with the mule deer of Deadman Gulch by Joe Hutto

The thing with feathers: the surprising lives of birds and what they reveal about being human by Noah Strycker

My animal, my self: a breakthrough way to understand how you and your animal reflect each other by Marta Williams

What horses reveal: from first meeting to friend for life by Klaus Ferdinand Hempfling ; translated by Kristina McCormack

The possibility dogs: what a handful of "unadoptables" taught me about service, hope, and healing by Susannah Charleson